The 3 Things that Led Me to Writing 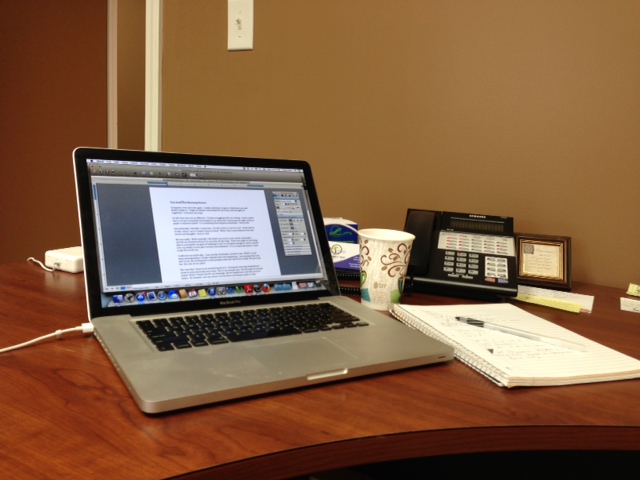 I am participating in the ‘Writing Contest: You Are A Writer’ held by Positive Writer.

My journey with writing began with a newborn baby, a bum refrigerator and an accounting error.

I was thirty-one years old and I was tired.  Tired from working.  Tired from being pregnant with my second child.  Tired of trying to do it all.  In truth, I felt as if I might drown amid my responsibilities. And so I decided:  This is not the life for me.  And I quit my job.

Going from two paychecks to one was difficult, my adjustment to becoming an at-home mom even more so. I’d traded in boardrooms and business suits for stained t-shirts and afternoons at Chucky Cheese. The days were long, the nights were short, and if I got a shower…Well, that meant it was a good day.

Money was tight.  And as karma would have it, as soon as I quit, our refrigerator went out.  And so it was that my husband and I found ourselves at Best Buy, purchasing a fridge we could not afford. Thank God for the “six months same as cash” plan.

I spent the next few months adjusting to my new life.  I learned to feed a family of four on tuna, Jello and macaroni and cheese.  I found cheap or free ways to entertain my children.  I learned to get by on very little sleep.  And soon enough I discovered I’d saved enough money to pay for our fridge. Ah, sweet victory!

Our days took on a pleasant rhythm.   We spent afternoons at the park, at the zoo, and at the mall.  We also had long nights with ear infections, flu and mystery fevers.  Being at home wasn’t easy. Living on one paycheck wasn’t easy.  And there was a bit of losing myself in taking care of the house and the children. But I was happy. We were happy.

Several months later, while paying bills, I discovered a windfall in our bank account. Hmmm. Where did this money come from, I wondered. Perhaps I’d been extra vigilant in saving for the refrigerator. Truth be told, having extra money was the least of my worries.

And so it was that my husband and I, two children in tow, found ourselves back at Best Buy, this time for a more exciting purchase: a home computer. We may have been living on tuna with Mac and cheese, but we had a computer.  A computer, with Microsoft Word.

On a whim, I sent an essay I’d written into F.O.R.U.M, a national mother’s group I belonged to.  The group published a national newsletter about family life for its members. I never expected to hear anything back from the editor.  But I did.

Weeks later, I got the letter. F.O.R.U.M. was going to publish my essay, The Five O’clock Dances. I was ecstatic.  I was elated.  I was over the moon. That anyone would be interested in reading my words, this was humbling.

When I saw my byline, saw my article in print, that was it: I was hooked.

A month later, I picked up my new issue of the F.O.R.U.M. newsletter. Another mother had written a response to my essay. She thanked me for writing it.  She said it gave her hope on a day that had been really rotten.  People don’t often say it, but mothers of young children often have really rotten days.  That I had softened the blow for someone else, this felt like an honor.  I found myself in tears.  This is when I knew: I am a writer.

But then came the phone call.  It was Best Buy. They’d been trying to reach us for months.  Why, I asked.  Because, says the young gentleman, you haven’t paid your bill.  What bill, I asked.  We’d paid for the computer in full.  No, no, says the man on the phone, for the refrigerator.  Refrigerator?  We haven’t purchased a…Oh no, I argued, we paid for that.  We scrimped.  We scraped.  We ate tuna.

But alas, in the stream of the next ten minutes the story revealed itself.  Best Buy had made a mistake in listing our address, so we had never received the bill.  And thus, I had never paid it.

For the second time in a day, I cried. Because guess what?  We didn’t have money to pay for a refrigerator; instead we had a home computer.

It took months to pay off that bill.  At the time I felt so ashamed for my mistake. But now, looking back, I wonder if God had his hands in the entire process.

Because if I hadn’t made the accounting error, we wouldn’t have bought the computer.

And if we hadn’t bought the computer, I wouldn’t have started writing.

And if I hadn’t started writing, I might have drowned in my new responsibilities.

And now I don’t know how I ever got through my first thirty-one years without writing.

9 Responses to The 3 Things that Led Me to Writing