How to Squash Your Inner Britt McHenry

The last couple weeks have been busy at our house, so while I’d heard about the Britt McHenry story, I didn’t have a chance to watch the video of her tirade until this weekend.

To say I was horrified is to put it lightly. Her initial words are bad enough, but then she just goes on and on, insulting the tow shop employee in every way she can. It’s shameful.

I’d like to judge her, but I really can’t.Why? Because I know we are all guilty of such behavior.

In one way or another, we’ve all pulled a Britt McHenry. 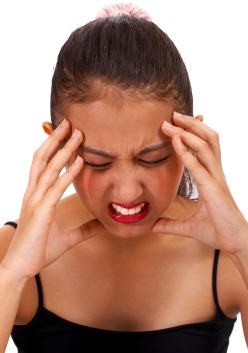 If you know me in the flesh, you know I’m a pretty gentle character. I’m not one to argue or yell and I can’t even recall the last time I’ve put on my mean girl hat.  But I’ve certainly said things I regret. I’ve been nasty to my family, to strangers, to the lady at the bank when she wouldn’t help me get my father’s accounts settled.

In other words, I’ve taken out on my bad day on others. And admit it: so have you.

It’s easy to do, to lose control of our emotions and let anger win.  And while none among us is perfect, what bothers me most about this story is that it isn’t such an isolated event.

Public insults and cruel behavior have somehow become acceptable in our world. People are rude to other people all the time, and sometimes insults are thrown just because one person doesn’t agree with another.

What is happening? Why are we getting so mean?

What has changed that made a television viewer think it was okay for him to tell a news reporter she needs to alter her appearance?

When did an individual became so thoughtless as to post a video of a large man dancing and make fun of him just because he was enjoying himself?  (Props to the many people who responded positively to this situation!).

When did we decide we know more than experts, we have the right to weigh in on the looks of every famous person, and we can complain about every decision we don’t agree with?

In other words, when did we decide our individual opinions are of such importance, of more importance than the feelings of others?

I don’t have the answers.  I know email, Twitter, Facebook, and the like allow us to talk behind a screen. It’s as if we aren’t saying the words, they just come from an icon of our face or a cartoon character. It’s so much easier to type mean words than to say them to one’s face.  To say things our mothers taught us never to say.  Social media allows us to disengage our hearts from our words and this is not a good thing.

It’s important to remember our words and actions matter. Positive words build others up (I’ve written before about this before here) and negative words tear them down. Why would we ever want to be a person who brings others down, instead of building them up?

Consider your words. Consider how they affect those around you. Ask yourself, are my words and actions are helpful or hurtful?

Will flipping off the driver next to you do any good beyond making you feel vindicated? Does chewing out the cable representative really do anything to improve the service you are getting? Is arguing politics with your Facebook friend doing any good?

Somehow in this day of instant everything, we’ve forgotten how to reason, how to compromise, how to treat one another as they deserve to be treated.

But we can all do something about it.  We can each choose to say positive words whenever possible. We can keep our negative comments to a minimum.  We can refrain from gossip.  And when we are angry, we can pause (and/or pray) before we speak.  And together we can make a difference.  (Where’s my torch? Oh, there it is!).

Margaret Mead said this about change, “Never doubt that a group of thoughtful, committed citizens can change the world. Indeed, it is the only thing that ever has.”

Mahatma Gandhi said this, “Be the change that you wish to see in the world.”

9 Responses to How to Squash Your Inner Britt McHenry